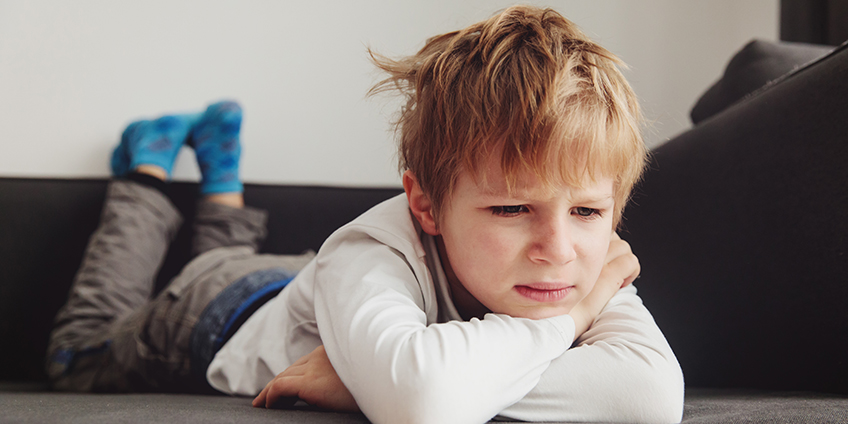 To start with, your immune system represents the armed forces in your body. There’s an army, air force, marines, coast guard, and navy for your body – they are immunoglobulins referred to as IgA, IgG, IgE, IgD, and IgM.

These different branches of the armed forces are there to protect you. When you want to see “How am I doing on this planet? How’s my body functioning in this world?” Irrespective of what you feel, you can test to check on these immune response levels.

Until considerable damage has been done, chances are that you have no clue that you are even on the autoimmune spectrum. Long before you exhibit symptoms, antibodies start killing off cells. Until they have killed off enough cells that your body is clearly not functioning properly, you don’t even know that you are (and have been for quite some time) under attack.

If you can identify this spectrum before it gets to the point to where your thyroid doesn’t work so well anymore, or your joints are so inflamed and destroyed that you’ve developed arthritis, or you’re in cognitive decline with Alzheimer’s, you can arrest it.

You can stop it in its tracks. The sooner, the better!

What Causes Autoimmune Diseases? It Starts with the Terrible Trio.

Genetics – If you pull at a chain, it always breaks at the weakest link. Wherever your genetic weak link is – your heart, your brain, your liver, your kidneys – that’s where the chain is going to break. For some people, it’s their thyroid. For others, it’s their brain. In some cases, it’s their joints. In others, it’s their heart. Any tissue in your body may be the weak link.

While your dad and his dad and your dad’s dad all died of heart disease, that does not mean you are fated for that same destiny. Perhaps you’d be wiser to look at your family’s medical history as a reminder of what you can avert if you actively live while avoiding the causes of autoimmune disease, rather than throwing up your hands in defeat.

Your genes offer up a selection your body can choose from, but autoimmune diseases are highly preventable in most situations.

Triggers – Genetics load the gun. Epigenetics pull the trigger. What are those triggers to avoid? This is what to watch out for on the BATTLEFIELD.

Collectively, these are weapons of mass destruction. Each trigger weakens you a little more, pulling at the weak link in that genetic chain.

This BATTLEFIELD is riddled with triggers. Your goal is to eliminate as many of them as possible in order to help support your body’s armed forces.

Leaky Gut – Imagine the stage is set with your genetics and something triggers a response. When you add leaky gut to the party, it ratchets it up several notches. Leaky gut exploits its opportunity to magnify epigenetics and brings life to what is hidden in your genetic coding. As the inflammation spreads like wildfire from the gut throughout your body via the bloodstream, it leaves no victims behind.

At this point, your body is seeing macromolecules floating throughout your body in places it should never be. Your special forces are always on high alert trying to protect you from foreign objects that don’t belong, so it fires away attacking it wherever it is found.

As that leaky gut persists, your body is under constant attack. Until you heal that gut, you are pouring gasoline on a fire ready to go.

The Journal of the American Medical Association, one of the top medical journals in the world that many healthcare practitioners count on for authoritative guidance, published the first comprehensive 5-year study on the effectiveness of Functional Medicine.

In the summary words of the Journal:

“(comparing) Patients in the Functional Medicine Center with data at both 6 and 12 months demonstrated improvements in quality of life scores (overall symptom relief) that were significantly larger compared with patients seen at the Family Health Center.”

Getting to the Root Cause of Autoimmune Diseases

That’s what testing is for. I’ll give you a classic example.

Someone who had been diagnosed with amyotrophic lateral sclerosis (ALS), also known as Lou Gehrig’s disease, reached out to me. It’s not a good diagnosis. He had begun a new drug called Radicava, which was recently approved by the FDA. It costs $146,000 a year to use the drug – $146,000 a year!

For 7% of people with ALS, Radicava will help those people slow down the progression of the disease by 33%, at best. The disease still progresses, but it seems to somewhat help this subsection of patients. However, this person wasn’t tested to see if he was part of that small percentage of people. The doctor essentially told him “Oh, I’ll give you Radicava because it helps by 33% at most.”

Again, this only works for 7% of the people with ALS. It’s $146,000 a year. What does it do? It’s an anti-inflammatory. It reduces oxidative stress.

The question is: where’s the fire coming from? Where’s the inflammation coming from that’s causing the destruction of his tissue?

If a person is living a lifestyle that is throwing gasoline on the fire, that’s why it’s only a small percentage of the people that benefit from the drug. And remember, you must figure out what fell in that river. That’s why testing is so important.

The Importance of Early Detection and Prevention in Eliminating Autoimmune Causes

One of the first things I suggest to people who have not identified the root cause of their autoimmune disease is to eliminate gluten. Again and again, I see improvement in health as people remove this aspect from their diet. It is one of the most common triggers, and often overlooked as a cause of autoimmunity.

The added insult is that even if you do not have a sensitivity to gluten, it causes a temporary condition in every person who eats it – leaky gut!

Remember, leaky gut is one of the three key components in developing an autoimmune disease. Now imagine you already have an autoimmune condition, and you eat gluten. You are dousing your entire body in fuel that will further inflame an already inflammatory situation.

Keeping that in mind, let’s take a look at one of the common problems I have seen with people who have celiac disease.

It takes an average of 11 years for someone with celiac to get diagnosed. Autoimmune disease, the 3rd leading cause of morbidity and mortality in the industrialized world, is ten times more common in a gluten-sensitive enteropathy (disease of the intestines) than in the general population.

The correlation is undeniable. Traditionally, doctors wait for the accumulated damage from the immune system attacking your tissue (your thyroid, or your brain, or your skin, or…). The damage is extensive enough that there are obvious symptoms, and then you receive a diagnosis of an autoimmune disease (celiac disease, Hashimoto’s Thyroiditis, type 1 diabetes, systemic lupus, inflammatory bowel disease, inflammatory skin diseases…). Earlier identification might result in earlier treatment, better quality of life, and an improved prognosis for these patients. See my article on Gluten Intolerance Testing.

The diagnosis of gluten sensitivity has been proposed to include not only if the effect is in the intestines (celiac disease), but also gluten-reactive patients without intestinal lesions. From the skin (dermatitis herpetiformis, psoriatic arthritis, alopecia areata, dermatomyositis, cutaneous vasculitis), to the muscles (inflammatory myopathies), to the brain (Gluten Ataxia, altered neurotransmitter production, Schizophrenia, anxiety, depression, ADHD…) to the nerves (peripheral neuralgias, carpal tunnel syndrome, idiopathic neuropathies…), and beyond. Pathology to gluten exposure can occur in multiple systems without evidence of intestinal damage.

What we currently observe is that when people get one of these diagnoses, they get the life jacket (for life) but struggle to tread water with each consecutive diagnosis they receive. They never go back upstream to test and determine the root cause, so they continue to be exposed to it. As a result, they continue to receive more diagnoses.

Creating a Personalized Protocol to Address Your Autoimmune Causes

After publishing my best-selling book The Autoimmune Fix, I kept getting the same type of feedback from many readers. “Thank you.” “You saved my life.” I had seen how functional medicine was the only realistic model out there that addressed the causes of autoimmune diseases. It looked at you in totality.

You were not a disease. You were a mystery with stories that were kept hidden. It was a matter of finding all the keys to finally unlocking your potential. My biggest challenge in helping people was getting the word out, so I launched an epic venture.

I traveled to 75 countries and met with 85 experts, scientists, doctors, and survivors to explore the root causes of an epidemic that is spreading like wildfire. The end result was an inspirational, educational 9-part docuseries, Betrayal: The Autoimmune Disease Solution They’re Not Telling You. It is the culmination of my life’s work.

Hundreds of thousands of people have now seen this message. They hear stories from people who were diagnosed and felt betrayed by their own bodies. The survivors share so many similar stories. The doctor thought it was all in their head and said there was nothing they could do. They were told it was time to get things in order.

I’m here to tell you that autoimmune diseases follow a pattern: genetics, triggers, and leaky gut. They are improved drastically when you heal the gut, eliminate triggers, and learn what your body needs.

People who have struggled with serious chronic conditions for decades still have a chance to turn the tide on their health.

If you or a loved one is already on the autoimmune spectrum (or if you are desperately trying to avoid ever getting on it), listen to the world’s experts on autoimmune diseases. Watch Betrayal. It is such an inspiration to see so many people who have come back from such dire circumstances and watch how their lives turned around.

And for a time-tested protocol, pick up a copy of The Autoimmune Fix. It even includes anti-inflammatory recipes that you can use with your personalized protocol.

You don’t need to become a statistic. You have more control than you realize over your future health if you learn how to take the reins. Once you discover the cause of your autoimmune disease, you hold the key to unlocking your potential.