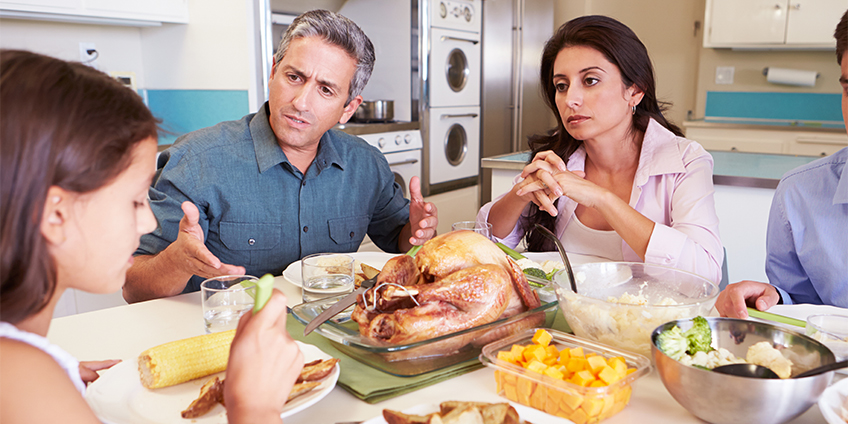 Historically, gluten intolerance testing has missed the mark. A common issue patients face is when they know that they have a problem with wheat, but their doctors run the standard blood profile and one of two things happens:

1. IgA anti-transglutaminase or anti-endomysial antibodies come back negative. (In other words, the test did not find antibodies for gluten intolerance.)

2. IgA anti-transglutaminase or anti-endomysial antibodies come back negative, and anti-gliadin, or anti-deamidated gliadin antibodies, come back positive, with the doctor telling the patient that “it’s OK to eat wheat because the tissue antibodies are negative.” (One test is confirming you have a gluten intolerance, but the other test does not support it.)

Understandably, the patient may be left in a state of confusion. After all, they don’t WANT to give up wheat. They believe it’s a part of a staple diet in life, and who wants to be denied of anything?

When your doctor says it’s OK to eat something but you know you don’t feel as well when you eat it, go with what your body is telling you.

Do you feel better off gluten than on it? It turns out that up to 75% of patients with persistent symptoms will improve when put on a ‘‘no detectable gluten’’ diet. This entails a strict adherence to the elimination of gluten from your diet.

Many people will try to rationalize these symptoms by saying “Oh well, it must be the stress of my life making me feel bad” and then proceed to order their bagel. That’s the dilemma. Where’s the problem? The problem is the test.

The tests are negative, yet the person feels better when they do not eat gluten. Many studies have validated the sensitivity and specificity using anti-endomysial and/or anti-transglutaminase antibody testing to identify celiac disease. Since the science says these tests for gluten intolerance are very, very accurate, there shouldn’t be an issue. Right?

What is villous atrophy, exactly? ‘Villous’ refers to that ‘shag carpeting’ on the inside of your small intestines. Villi are little tentacles that stick up, just like a rug. Each little villus provides even more surface area to absorb nutrients. Now, imagine a worn down carpet that no longer pops back up after you vacuum. This is what is called atrophy, in which those cells start degenerating. As a result, they are unable to fully absorb the nutrients you are eating. Just like trying to vacuum shag carpeting that is forever pressed down, you can’t get in between those carpet fibers. And neither can the nutrients get in to be properly absorbed. Thus, before you get the official diagnosis of celiac disease, you have to already have destroyed the villi.

If we were to expand the definition of celiac disease to include those with partial villous atrophy, or include those whom as of yet just show the mechanism that wears down the villi (increased intraepithelial lymphocytes), then the sensitivity and specificity of anti-endomysial or anti-transglutaminase goes down, in some studies to as low as 27-32%. But what if I told you that for every gluten-sensitive patient with the symptoms of enteropathy, there are 8 with no GI symptoms?

Tests Need To Broaden Their Focus For Gluten Intolerance.

Enteropathy is just a sophisticated word for a disease of the intestines. For every person who is gluten intolerant that has symptoms of enteropathy, EIGHT do not have symptoms in that area.

Strangely, before you can confirm someone has a diagnosis of celiac, the precursors leading up to it are ignored. The diagnosis is looked at in black and white – you either have it, or you don’t. Meanwhile, damage is continually being incurred until it reaches the level of diagnosis. Is it just me, or does this seem illogical? Do we want to base our health guidance and decisions on blood tests that are limited to identifying celiac disease at its end stage of intestinal deterioration? Or do we want to include gluten intolerance testing, which has a much bigger picture in mind and looks to identify gluten sensitivity inside and outside the intestines at earlier stages?

The vast majority of research on a reaction or a sensitivity to wheat has only been looking at celiac disease. So many doctors, because of the training they underwent 10 or 20 years ago, still believe that if you don’t have celiac disease, you don’t have a problem with wheat.

In Italy, they have 34 centers that are designated as gluten-related disorder centers by the government. If you get a diagnosis of a gluten-related disorder, or any wheat-related disorder, then your food bills are a tax deduction. People will even go to one of these 34 centers to see if they have a problem with wheat because of tax benefits associated with a diagnosis. What they report is that of all of the 15,000 people they looked at in their study, only 7% of them have celiac disease; 93% of them have non-celiac wheat sensitivity.

So the initial training that doctors receive taught them that if you don’t have celiac disease, you don’t have a problem. Of course, we now know that’s not true.
If we recognize the now well-known fact that gluten sensitivity may manifest as celiac disease, or it may manifest outside of the intestines, one of the ways of expanding our diagnostic range is to focus on whether or not our immune system is saying that gluten is a problem. We might know where the problem is manifesting, or we might not. But if our immune system is saying “We’ve got a problem here”, it is likely worth listening to.

Mortality in celiac patients is highest (6x higher) in those not adherent to a gluten-free diet. This makes early identification a potentially life-threatening situation.

While your neighborhood doctor may not be up to speed with the latest in testing for gluten intolerance, it does exist. You just need to know what to ask for:

It is my personal prayer that as a result of this expanded gluten intolerance test, we will no longer miss those with earlier stages of celiac disease and gluten sensitivity.