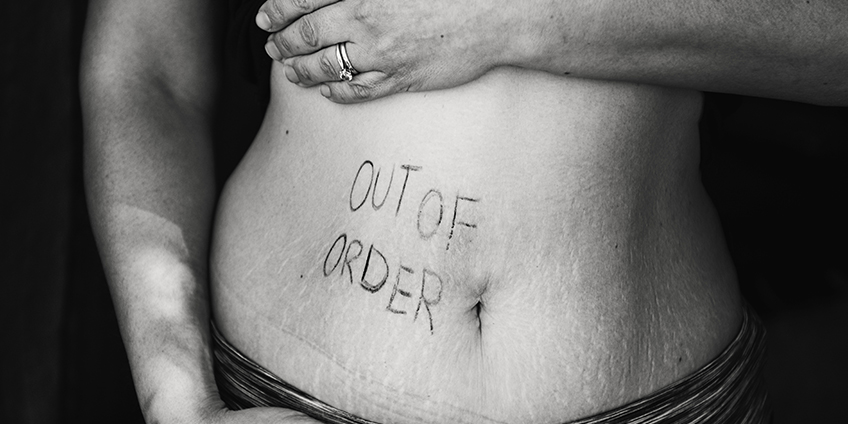 Helicobacter pylori (H. pylori) is a bacteria that exists in more than 50% of people. “Helico” refers to its helix shaped structure, which it uses to corkscrew into the mucosal lining of the stomach and burrow into it for added protection against the harsh climate. Many people may not know they have it in their body. When H. pylori colonizes, it changes the environment of your stomach, making it less acidic and therefore more inhabitable.

Complications from an H.pylori infection can be very serious. It causes peptic ulcers that can burst, gastritis, GERD symptoms, and can ultimately lead to gastric cancer, otherwise known as stomach cancer. Gastric cancer is the number one type of cancer people get.

Treatment for an H. pylori Infection

Because an H. pylori infection can become very serious very quickly and is increasingly more antibiotic resistant, the standard protocol generally used to eliminate the H. pylori bacteria is to take multiple antibiotics as a first line of defense.

Antibiotics should be a last resort, but sometimes I’ve had to recommend them. When H. pylori is a significant infection, you just have to pull out the big guns. Then you have to go clean up the mess.

There are alternative treatments, however, that are gentler. They may take a little bit longer, but you may not feel miserable in the process. That two-week course of antibiotic trilogy or combinations can be rough on people.

You can start with mastic gum. If you’ve ever seen the famous painting of Napoleon, you may have noticed he’s got his hand inside his shirt. Napoleon died of arsenic poisoning. They gave him little bits of arsenic at a time, so he had gut problems. His hand is on his stomach because he was in stomach pain so often.

He wanted the island of Crete, and they wanted to make sure they conquered the island of Crete because that’s where the mastic tree grows and is renowned for its ability to kill H.pylori. There’s a product that I’ve used for years called Bye-Lori, so I use mastic gum first. Then if that doesn’t cut it, then you go to the big guns.

Another course of treatment could involve Biocidin. This is safe for children and adults and it is something every household should have in their bathroom cabinet.

Don’t mess around with H. pylori. Depending on the study you read, 50 to 90% of the world’s population can have an H.pylori infection. It’s a bacteria that you get from drinking water, and you can get it from grandma giving you a kiss, then you grab your dinner roll to eat. It’s transmitted very easily, so be conscious of it.

While some silently house H. pylori without symptoms, others share the following common symptoms.

If you have black, tarry stools or notice any blood in your stools, ulcers may have burst. See a doctor immediately. Blood in the stool that is dark like tar typically happens further up the digestive tract and can be more problematic. It is always best to get something like that checked out just to be safe.

What Happens in the Gut Doesn’t Stay in the Gut..

There was a study from the World Germ Gastrology last year because we talked about a case where a person had alopecia, an autoimmune disease where the patient loses their hair. The drugs weren’t working for the patient, so they also had some stomach problems.

They took pictures of the back of the head and the cheek for stubble from a beard, and they did it at presentation, and then at four weeks, and then three months, six months, and twelve months. As the photos progressed, you could see increased hair growth.

Six weeks later, they rechecked and the bacterial infection was gone. Within 44 weeks his head was fully covered with hair. The guy was bald on the top back of his head, and within 44 weeks, he had a full head of hair back. His beard was full; before there had been bald spots due to the helicobacter infection.

Dr. Pizzano said, “What happens in the gut doesn’t stay in the gut.” So true. Here it was manifesting on his scalp. We have a client who had 1,000 times the normal amount of H. pylori, and he had done the antibiotic route. We had tried the mastic gum, and he took Biocidin which took it away. It hasn’t come back. So stay on it, and keep trying.

The Discovery of H. Pylori in the Stomach

In 1984, an Australian microbiologist named Barry Marshall said, “You know, I think sometimes ulcers are caused by bacteria.” Everyone thought he was a nutcase. Everyone. He was ostracized. It didn’t bother him. He put a tube down his throat, took a picture of the healthy pink tissue of his stomach. Then, he drank a beaker filled with the bacteria H. Pylori. He waited a few weeks till he was really sick; then he put a tube down again and took a picture of his ulcerated stomach.

Then he took the antibiotics to kill the bacteria, waited a few weeks until he felt good again. Then took another picture of the healthy pink tissue of his stomach, and he published it. They all thought he was a nutcase, but he proved beyond a shadow of a doubt sometimes ulcers are caused by a bacterial infection. It was such an important discovery that the World Health Organization mandated that every medical site in the world carry this message out. Why? Because stomach cancer is caused by this bacteria and stomach cancer is the number one cancer in the world.

Just think, it was only a little over 35 years ago that people thought Barry Marshall was crazy to think bacteria could survive the harsh, acidic climate of the stomach. You have an amazing world of gut bacteria — yeasts and viruses that play an incredibly significant role in your health. There are more genes in your gut bacteria than in your entire human genome. We’ve learned so much in a short amount of time, but it took us a while to learn it.

This is why it is so important for people to watch my Facebook Lives and read these blogs and learn about functional medicine . It takes an average of 17 years after discovery before these cutting-edge, life-saving discoveries make their way into the daily practice of physicians.

We don’t have 17 years or more to wait for solutions to the conditions that affect us.

You need to work with the team and do the functional tests to figure out where the inflammation is coming from, and then you can apply the principles and tenacity. The tenacity is the one hour a week, every week. You’re working on this, one hour at a time.

Healing the gut after the antibiotics is a critical next step. The antibiotics get rid of the bad bacteria, the H. pylori, and that’s really important. When the conservative measures won’t work, you do the antibiotics. Don’t mess around with this.

But then you have to do the protocols to rebuild a healthy microbiome.

Supplements That Support Your Gut Health

Another supplement that I always keep on hand is Biocidin. It helps to kill off some of the nasty stuff that comes your way. At the first sign of sickness, I immediately use this. I carry it in my gym bag. I take it every time before traveling on a plane. And at the first sniffle or cough I immediately use the throat spray to stave off sickness. This stuff is wonderful. I’ve been using it for 30 years now, and it is safe for children, too. It is great for overall support.

As an important component to my Begin the Base Hits Class, I teach a module called Heal and Seal the Gut. You get practical, actionable steps that walk you through step-by-step on how to restore your gut health.

To get my proven protocol that I use with my patients to help reverse, arrest, and prevent autoimmune conditions, be sure to pick up a copy of my book The Autoimmune Fix. Included are anti-inflammatory recipes and a lot of tips on how to heal the gut. The book puts it all into perspective and allows you to have a deeper understanding of what is going on so you can take steps towards health and steer away from disease.

Good health is a lifelong journey to be enjoyed. May you enjoy every step along the way.