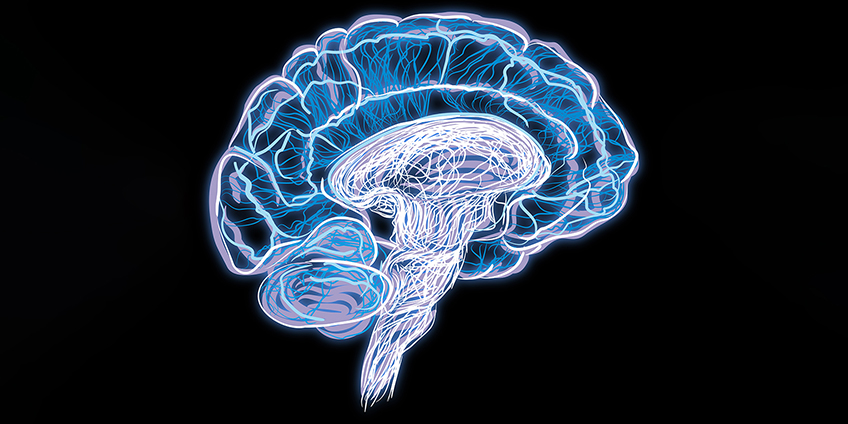 Mycotoxins are toxins derived from mold. These toxins have the potential to harm and even kill.

Individuals most at risk for mycotoxin exposure include those who live or work in older buildings, those who have known exposure to water-damaged buildings, and those with impaired immune responses or higher levels of oxidative stress.

Unfortunately, molds are often overlooked despite the prevalence within our homes and workplace environments.

In fact, the CDC’s National Institute for Occupational Safety and Health reported that 50% of commercial and residential buildings are estimated to contain toxic mold.

I’d like to share a story about a man we’ll call Steve. Steve was suffering from brain fog, and as a senior executive for an oil company, it was impeding his ability to work at full mental capacity. It all began with a feeling of anxiousness and confusion. He could no longer do multiple projects at the same time, and his word recollection eluded him.

Symptoms had been interfering in his quality of life for approximately a year and a half to the point where Steve had already been to the Mayo Clinic twice and had been seen by other famous clinics. Test after test did not indicate any signs of disease, but he clearly was having dysfunction.

Within two minutes of Steve walking through my doors, I asked him, “When did your basement flood?”

What the tests didn’t reveal, his complexion did. Steve had mold toxicity. Confirmed with a simple urine test, his mold levels came back sky high. Two years prior, his basement had flooded. He had hired a team to get the water out quickly, but six months later began showing symptoms of mold toxicity.

Mold had established itself in his home, and he was breathing it in every day.

Symptoms of Mold and Mycotoxin Toxicity

Mycotoxins can lead to a number of serious health concerns, including autoimmune disease and cancer.

There may be a higher incidence of autoimmune or neurological symptoms with mycotoxin toxicity.

There are 37 different neurological and physiological complaints that are associated with exposure to mold. Steve’s primary complaints were confusion, feeling anxious, an inability to think clearly, difficulty focusing, and problems with word recollection.

Mycotoxin symptoms are often general or vague, and difficult to associate with a diagnosis or disease state, and, therefore, may be overlooked during clinical assessments.

Conditions and symptoms associated with mycotoxin exposure include:

The vibrant mycotoxins test is a urine-based assay for 31 of the most common mycotoxins produced by molds. This test is measured on a microarray platform to produce the most accurate and clinically relevant assessment of difficult-to-detect toxins that can cause serious disease.

Mycotoxins measured in the test reflect past and recent mold exposure in the diet and environment. Mycotoxins can colonize in various body systems. It can be seen in dental plaque, nasal passages, vaginal and urinary infections, within the heart valves, in your gut, skin or in middle ear infections. Some molds have the ability to form biofilms.

Biofilms can help offer a protective shield for the mycotoxins to colonize, such as in the nasal cavities. Biofilms can offer shelter to Lyme disease.

Results cannot determine timing or duration of exposure. However, the report does indicate whether the mycotoxin measured is a metabolite of food or environmental mold. The interpretive challenges for clinicians and patients are determining, and remediating, the source of environmental mold exposure.

Getting To The Root Of The Problem

The chemicals and spores released by mold disrupt your immune system and cause inflammation. It can cause infections to occur anywhere in your body; however, your brain is notoriously vulnerable to mold.

Kitchens and bathrooms are most closely associated with mold and mycotoxins. Think about the tracks along the shower door, your shower curtains, dripping water, and crevices that water seeps into. You could also be breathing it in through ventilation shafts. It could be lurking within and beneath your carpeting. And like Steve and so many others, it could be from a flooded basement.

I sent Steve home with directives to get a mold remediation specialist to eliminate the repeated exposure to the mold endotoxins that could be lurking in the drywall, his heating and cooling systems, his air filtration unit, and in those dark corners.

When you search for mold, don’t forget to look outside as well. It can even enter your house through the insulation from a leak on the outside of your house. Whether you live in a hot or cold climate or a wet or dry climate, mold exists. And when it is lurking in your home, just like Steve, you are repeatedly breathing it in.

How to Regain Your Brain After Mycotoxin Exposure

I gave Steve the protocols I use in my book “You Can Fix Your Brain” and in my Brain Masterclass to help him regain his brain health. A few months later, he reported a vast improvement. His mental clarity had returned, and with it his confidence at work.

Because of the ability for these molds and mycotoxins to colonize, you can rid your environment of mold and still continue to breathe in mold everyday if it set up shop in the lining of your nasal passages. This means that you need to break up the biofilms that coat and protect the toxins in order to take it that one step further.

In my book “You Can Fix Your Brain,” the subheading is “Just One Hour a Week to the Best Memory, Productivity, and Sleep You’ve Ever Had.” That’s not a cutesy title I picked out. It’s the best method I have found for making substantive change and improving your health. Inch by inch, always moving forward, keeping your eye on the prize – your health.

One of the things you have to keep in mind is that while your body is fighting off the exposure to mold and mycotoxins, it is still having to deal with all the other toxins you come in contact with. The sad reality is that we are living in toxic soup, and it is up to us to clean up our little piece of the world. It isn’t just mold that your body has to deal with. It’s the toxins in your shampoo, detergent, air, plastics, water, and food.

So while it is imperative that you eliminate the mold immediately, you also need to help support your immune system by eliminating some of the other assaults against it in order to reduce your toxic burden.

I created a course that was a complementary resource for the book “You Can Fix Your Brain.” In my You Can Fix Your Brain Masterclass, I provide you with tools that help you learn where to look for those environmental toxins in your home, and teach you how to make simple swaps to support the health of every single person that lives in that home. It’s not just you that breathes in that mold. Anyone that enters that house does, and some people have a deadly allergy to it.

Why Functional Medicine Is Superior

We don’t need to stay sick. Steve could’ve taken a pill for anxiety or a pill to help him focus, but he still would’ve been breathing in toxins every day. They would’ve kept accumulating doing more and more damage until one day, it isn’t brain fog; it’s dementia or fibromyalgia or respiratory problems.

Steve was smart. He sought out the reason behind the symptoms. He got to the root cause and eliminated it. He applied a few practical strategies and allowed his body to do what it was so eloquently designed to do: heal.

The way that our immune system protects us, and this is true not just for humans, but for every living species on the planet, is with an innate immune system, meaning it’s built into the body. It’s innately there as part of life and the innate immune system creates cytokines. They’re like bullets to attack whatever it considers to be a foreign agent, something that’s a threat. What’s important for humans to understand is that we have the exact same body as our ancestors did thousands of years ago. We use our brains more and we’ve developed more creature comforts, but we have the exact same body functions as our ancestors. What did our ancestors’ immune systems have to protect them from? Bugs, parasites, viruses, molds, fungus and bacteria. That was it.

Your body is capable of fighting mold. If you accidentally ingest it or inhale it, it initiates this response. However, if your body continues to breathe this in, your body calls for a stronger defense. This is for chronic insults that your innate immune system felt it could not protect you from well enough to snuff out the problem.

This is when we see chronic conditions occur, like chronic sinusitis, or cognitive dysfunction.

So many people struggle for years with symptoms. They look at the symptoms as the disease — they have it backwards. The disease is a symptom. It’s your body crying out for you to stop whatever it is that is causing the problem so it can resume the day-to-day healing.

Once you have this paradigm shift, health care is never the same. You begin to ask the right questions that help you attain health instead of treating disease. And, like Steve, you actively choose not to go down that rabbit hole of taking pills that help you focus while you continue to subject yourself to mold and mycotoxins as they destroy your brain.

You’ll start to ask the question, “What is the root cause of this symptom I am experiencing?” Then you can address the real problem (the mold), not just the symptoms (brain fog, anxiety, and the many other symptoms caused by mold and mycotoxin exposures).