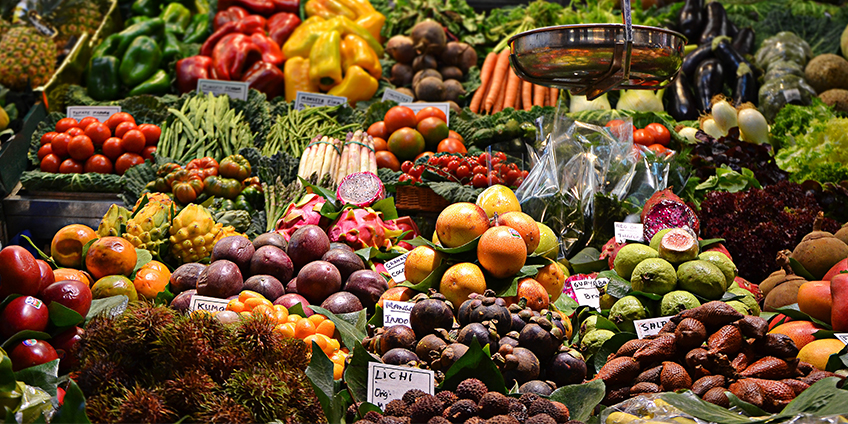 Chronic inflammation is the source of autoimmune disease, so finding solutions for combating it with anti-inflammatory foods and supplements is necessary to help control it. Inflammation is not a bad thing. In fact, the lack of the ability to generate inflammation is a compromised immune system that can’t function at all — but this is rare. What is all too common (not normal — common) is excess inflammation. This is also a bad thing, and it is one that is leading to the #3 cause of deaths in people — autoimmunity.

Many people address inflammation with medication, but what they don’t realize is that food is medicine. There are two types of foods you can eat: inflammatory or anti-inflammatory. If you are already on the autoimmune spectrum, one of your main priorities should be stifling those fires. Your body has inflammation. So eat up!

There are a number of different anti-inflammatory nutritional things that you can do.

Here are some of the basics that really win the ballgame.

Water – Drink a half ounce of water per pound body weight as a bare minimum. This is not negotiable. If you want your body to work right, you have to give it enough fuel. Think of the river that carries nutrients: your bloodstream and your lymphatic system. You have to have enough liquid to carry everything; that’s water. Coca Cola doesn’t do it. Orange juice doesn’t do it. Coffee doesn’t do it. The only thing that your body doesn’t have to address and digest to make more alkaline is water. Water is neutral, and it gets in through osmosis. Everything else has to be addressed.

The first thing you should do when you wake up in the morning is drink two big glasses of water, immediately. You’ll feel full for a minute or two. But, within a couple of days, you look forward to it. It just changes your day when you hydrate immediately. I put a scoop of Vitality C in there.

Vitamin C – One of my favorite products is called Vitality C. It’s a powdered vitamin C. I take a scoop every morning. Vitality C is put together in a way that has four different pathways by which this type of vitamin C can be absorbed into your cells.

Vitamin C is an antioxidant and anti-inflammatory. I like the powdered vitamin C. So I’ll take a scoop in the morning with one of my glasses of water and then I’ll take another scoop later. Each scoop is about 4,000 milligrams. I’ll do another scoop when I have a smoothie later in the morning or early afternoon. I’ll get a couple of scoops a day of Vitality C. So many people need more vitamin C.

You’ll know you’ve taken too much vitamin C if you get loose bowels or diarrhea. It’s extremely safe for you and most people can take a lot more than what they’re currently taking.

There are many different products that are really good anti-inflammatories. Many individual products work really well, but only colostrum plays the entire symphony. It turns on more genes than anything else. So, if there’s one thing I was going to take, it would be GS Immuno Restore Powder. I just put it in my smoothie. Whatever I can find, I throw into my smoothies and really pack it with as many nutrients as I can.

Fog Cutter is a combination of adaptogenic herbs that are renowned for helping with brain function and to turn on the genes for anti-inflammation and off for inflammation. The components in Fog Cutter have been shown to increase brain derived neurotrophic factor (BDNF).

Curcumin – The one ingredient that everyone should be using is curcumin. Curcumin comes from herbs like turmeric. I cook with turmeric regularly — even a little is great for you. Spices in general are great for you. Everyone should have a little window sill garden of a couple of spices that are growing like basil and thyme. It’s a little harder to grow tumeric. Spices are great anti-inflammatory foods. They work really well for that.

Garlic – Garlic is also a great anti-inflammatory food. Garlic is part of my protocol. I can proudly say that I have a 100% success rate. My patients that have done my protocol and then gone to India or Africa or Mexico don’t get Montezuma’s revenge. They’ll say, “Doc, everyone on the tour got really sick and had diarrhea but we didn’t get sick.” That’s because they follow our protocols for that. One of the ingredients in the protocol is garlic. It’s a product called Kyolic. That’s not on our website, but you can get it in any health food store. Kyolic is great as an anti-inflammatory for your body.

Cloves – Cloves have the highest polyphenol level of any food. You can use it and make some tea. It’s a very powerful anti-inflammatory food.

GS CurcuEase – There are so many studies on the many pathways that turmeric or curcumin, the active ingredient in turmeric, beneficially affect. There are over 300 pathways. It’s very cool when you see the graphs that are done of all the different ways that curcumin can help you. Anyone that has systemic inflammation in their bodies should be taking GS CurcuEase or be using turmeric in their food quite regularly.

GS Support Packs– I put GS Support Packs together to deal specifically with leaky gut or intestinal permeability. There are many different nutrients that help reduce inflammation and heal the gut.

I put together the GS Support Packs with 22 different nutrients, all anti-inflammatory. They’re designed to take one pack per day. For all of our celiac patients, we give them GS Support Packs and the GS Immuno Restore Powder. Every patient gets that because that combination works really well to heal the gut. Everyone can do great with GS Support Packs. There are six pills in them, but it’s one pack a day because nobody’s going to open 22 bottles a day or six bottles every day. We’ve been doing that now for a number of years, and doctors all over the world are using them with great results.

You just take one or two and you walk in and you pop them down with some water.

(And for kids) GS Immuno Greens – Now, these green powders are great as anti-inflammatories — and they come in different flavors! There’s a berry flavor, a chocolate flavor, and an espresso flavor. They’re all gluten free, and they’re very high in ORAC value. ORAC means oxygen radical absorbance capacity. What that means is that it sucks up a lot of the inflammation in your body.

The best thing would be to eat berries every day. Blueberries are a great anti-inflammatory food. You can eat blueberries, blackberries and raspberries — not so much strawberries. They don’t have the kind of polyphenols that quench the fire and put the fire out. Eat one cup of blueberries a day everyday for three years and you’ll be thinking as well or better than you did 13 years ago. It reverses cognitive decline of up to 13 years within three years of doing a cup a day.

But if you’re not going to eat berries every day, then have GS Immuno Greens. GS Immuno Greens are good because of the polyphenols that reduce inflammation in the brain. It tastes really good just in water, and kids like it a lot. I put it in my smoothie, and it’s another thing I just throw in there with the blueberries. You have to try the chocolate one.

Applesauce – The Pectin in applesauce increases the level of a powerful anti-inflammatory in your gut called intestinal alkaline phosphatase, which helps burn fat, too. It’s really a good one for that. But, don’t buy the commercial stuff — you have to make it fresh for it to be beneficial.

I would have two to four tablespoons a day. Remember, base hits win the ballgame. Applesauce will help your family. Just give them a little. Have kids help you make the apple sauce. You can throw some raisins in there so they like the sweetness of it.

Remember: the foods you feed your family fall within those two categories of either inflammatory or anti-inflammatory. As parents, we can do for our kids that which we cannot do for ourselves. So, when you create those family meals or shop at the grocery store, use them as your motivation to improve your own habits. Make their family recipe favorites foods that support their health, not set them on the path to autoimmunity. Teach them how you can enjoy anti-inflammatory foods as part of your health journey. It opens up the opportunity to take a long, worthwhile journey ahead