The Air You Breathe 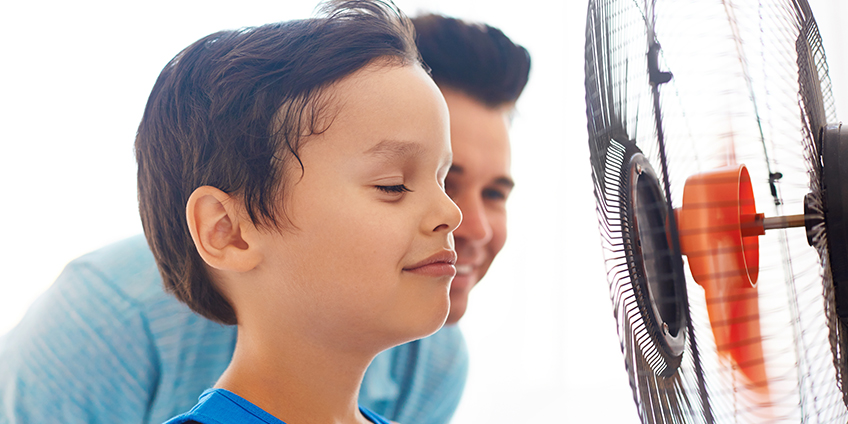 When the air you breathe is polluted, your health is under attack.

I got a cataract when I was 44 in my left eye. I was doing lots of triathlons. It’s really rare to see a healthy middle-aged guy with an asymmetrical cataract, meaning only in one eye. The ophthalmologist didn’t know where it came from. So I did a deep dive, and I found that lead poisoning might have caused it.

From the time I was born until eight years old, we lived across the river from Henry Ford’s largest assembly line plant called the Rouge River Plant. We lived in Detroit. Right across the river from the plant. I rode my bicycle around the neighborhood every day, breathing in the lead-polluted air because there were no air emission standards back in the 1950s. I was sucking in lead everyday deeper into my body. Forty years later, I got a cataract from it.

How Much Pollution Is in the Air You Breathe?

If you want to learn what the air quality is like in your town, it’s easy to find out. There are many apps that have been created for air quality. However, even if you don’t have an app, all you have to do is ask SIRI, “What’s the air like in my town now?”

For a more hands-on experiential approach to visualize exactly what that looks like, just take your car to a car wash. Then drive home and park your car outside your front door. After four hours, go back outside and run your hand across the windshield.

That is what you’re breathing all the time. You can’t see it, you can’t smell it, but it’s called particulate matter, and it’s one of the categories of toxins that we’re exposed to that our immune systems have never had to protect us from until now.

60 to 65% of All Clinically Diagnosed Alzheimer’s Patients Have Inhalation Alzheimer’s.

This air pollution is what many Alzheimer’s patients have been breathing in for years, causing inflammation in the brain and the killing of brain cells. You can’t feel it at first; once your body has killed off enough cells, you start getting symptoms. It hits a certain threshold and then it gets worse, worse, worse, faster, faster, faster, faster until you’re diagnosed with a brain deterioration disease. You can’t see it, you can’t taste it, you can’t feel it, but it’s there — and you’re inhaling it all the time.

Our ancestors never had any of this kind of air pollution. They never had toxic chemicals like pesticides, insecticides, glyphosate or GMOs in the foods they ate. Your ancestors’ immune system and your immune system were designed to protect us from bugs, parasites, viruses, molds, fungi, and bacteria.

When we’re exposed to any type of assault on our body, it uses the same tools to defend itself as if it’s a bug, parasite, virus, mold, fungus, or bacteria. It doesn’t have any other tools. Every living creature on the planet has an innate immune system. The innate immune system, which is in our guts and other parts of the body, is like the marshal in an old cowboy movie. If there’s a big ruckus or things get out of hand, to protect himself or protect the citizens, the marshal fires his six shooter. Those bullets can cause a lot of problems.

Every dog in Mexico City in the mid-1990s that they did an autopsy on had evidence of Alzheimer’s in its brain. Every dog. In the mid-2000s to 2010, the urine test became available. The blood test became available for children. Every child that they check in Mexico City has evidence of brain excess inflammation, the biomarker that leads to Alzheimer’s and dementia. Why? Air pollution. It’s so bad that their body is trying to protect them from what they’re breathing. It causes inflammation in the brain, and, in a child, has already accumulated to the degree that it does for a 50 to 60-year-old in other cities around the world.

Hopefully as you become more informed about the impact of air pollution and the quality of the air in your home and your city, you’ll talk to your local legislators. When they’re up for re-election, you’ll want to know what they plan on doing to clean up the air around your city. Many times local activity is what contributes to the air pollution in the area.

This isn’t always the case, however. Sometimes air pollutants invade our airspace and are out of our control. For example, the coal burning plants from China release a lot of pollutants into the air. These pollutants get into the air currents and carried over the Pacific and Arctic Oceans and comes down via rain on the US. Air pollution is a big-picture problem. The best thing you can do is take measures to protect your family.

Your Immune System Struggles to Defend You Against Air Pollution

Once again, inflammation is not bad for you. You do not want to suppress inflammation. You want to eliminate the need for it. In other words, the goal is to remove the source of the problem, like air pollution, which thereby removes the necessity for the immune response and prevents chronic inflammation.

There is no switch in the human body that gets stuck in the ‘on’ position for inflammation. Inflammation is always a response to an insult to the body. The biggest and most important thing to figure out is what it is that’s insulting the body.

Steroids are very powerful anti-inflammatory medications that shut down your immune system. People who are required to take steroids have lots of side effects if they take them long term, which is why you really don’t want to take steroids unless you have too. Ask yourself: Why do I need steroids, and how do I reduce the need for them? If your doctor is not familiar with how to answer that question, you should bring another doctor under the team to work with you and with your other doctor hopefully to reduce your need for the steroids.

For example, we’ve had so many patients over the years that were on steroid inhalers. We put them on a gluten-free, dairy-free, and sugar-free protocol. Through those changes alone, patients were 50% to 75% reduced on using their steroid inhalers within one month. Within a couple of months, that’s gone. They carry all the time to take it if they absolutely have to, but if the need is not there, they don’t need to. When you suppress the immune system, the side effects can be quite dangerous and long-term complications can occur. Once again, if you the medications, take them. But, if we can reduce the need for them, it’s so much better for you.

Air Pollution is One of Many Triggers for Autoimmunity

The problem in our world today with the increased development of degenerative diseases is that inflammation has gone crazy in our bodies. We’re exposed to so many things like air pollution that we think it’s normal. It’s not.

We require a paradigm shift in how we look at all of this so that we take a step back and look at the things in our daily lives that pose danger to our health. Plastic shades on lights and lamps, plastic blinds on windows, plastic chairs that look like leather — all of these plastics leach phthalates. These toxic chemicals leach out of the plastic. This doesn’t stop after a week or a month or a year of owning the chair or the blinds on your windows. It continues to outgas bit by bit. If you evaluate your house dust, you would find all the toxic stuff that’s leaching into the air from the environment you live in. This is the air pollution you breathe in daily.

It’s only in the last 50 years that neurological autoimmune diseases like autism and Alzheimer’s have gone through the roof. That’s why we have the brain masterclass. It is a primary concern for many, many people today. In the You Can Fix Your Brain Masterclass, I go through 37 videos. Each video that you have access to is designed on one topic like phthalates or heavy metals and what to do about them. (Hint: Get rid of them!)

The masterclass provides you with a slew of practical solutions to cleaning up your environment to calm down the inflammatory cascade. Every step you take to lessen your toxic burden is a step you take closer to improving your health!