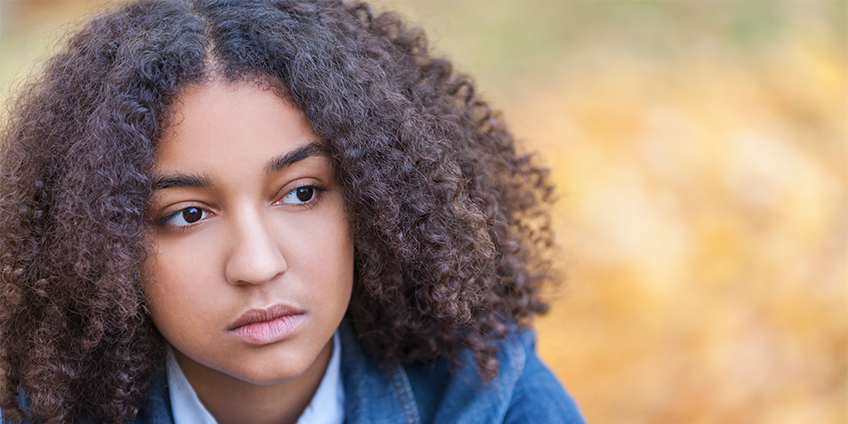 Why Women Get More Autoimmune Diseases

Approximately 80% of all of the people suffering from autoimmune diseases are women! Even animal models seem to often share this bias. Men and women are exposed to the same food and the same toxins in our food, water, and air, yet for every one male that has celiac, there are three females with celiac. For every one man with lupus, nine women will get it. The same is true for the thyroid, with a 9:1 ratio of women to men with thyroid conditions.

As I travel the globe and talk to experts and survivors of autoimmune conditions, it is clear that wherever we are, addressing chronic conditions through functional medicine helps to improve health and quality of life. Understanding why women are more prone to getting autoimmune diseases than men is important when you seek to prevent autoimmunity from ever occurring in the first place.

One theory suggests it may be due to the numerous estrogen receptor sites.

Did you ever have a key that easily slid into a lock, but it wouldn’t turn the doorknob? It’s still the wrong key for that door, but it managed to make its way into the slot.

One subcategory of endocrine disruptors is called xenoestrogens. Xenoestrogens mimic estrogen within the body to disturb the hormone levels within the cells.

Only estrogen can open the door of the estrogen receptor site to get estrogen into the cell. The endocrine disruptors will block the pathway for estrogen to get into the receptor site. The endocrine disruptors can’t open the door into those cells, but it can prevent estrogen from getting to where it needs to get to. There’s already a key sitting in that slot. As long as something is sitting there, nothing is able to get in.

When a toxic chemical is just sitting there preventing the hormones from getting into the cells they need to get to, you may feel like you have thyroid problems. If you go for a test to check your hormone levels, the results may show you are fine. This is because your body is producing plenty of hormones. You do not have a problem with the production of these hormones, but your cells still have a hormone deficiency because the hormones can’t bind with the receptor site and activate it in order to get into the cells where they can do their job.

The Role of Estrogen

When an estrogen receptor is in a cell, it means that cell requires it in order to be fully functioning. It may be found throughout the body to help with a variety of functions.

Here are just a few roles estrogen plays in your health:

The World Wildlife Fund reported an average 57% reduction of all wildlife on the planet since 1970 — more than half of everything on the planet! Thousands of studies reveal dangerous amounts of daily toxins everyone is exposed to. Percentages of toxic exposure are higher around fresh water due to people drinking the water. In fact, there has been a 78% reduction in mammals near fresh water.

Men have more estrogen receptor sites in their testes. Men now have ⅓ the testosterone that their grandfathers had.

What about pregnant women?

It is no surprise that during pregnancy, a woman experiences many hormonal changes. One of them is a steady increase in estrogen levels. During this time, a woman needs to be extra vigilant in protecting herself against endocrine disruptors.

The jury is still out on whether or not glyphosate is an endocrine disruptor. Either way, glyphosate is still a toxin that an expecting mom needs to be especially careful of. It has been linked to birth defects and reproductive problems. It also destroys the good bacteria in your gut that helps to fight the toxins that you are exposed to. It kills off your army that protects you and your baby. And as you pass your immunity on to your unborn child, you want it to be a strong immune system that supports good health, not one that sets up your child for autoimmunity straight out of the gate.

What can you do to prevent autoimmune conditions in women?

Continued exposure to those same toxins (endocrine disruptors) that are binding to those sites repeat this scenario over and over again until the mechanism making the antibodies to the cell to get rid of the damaged cell becomes self-perpetuating. When this happens, you begin killing off more cells than you make.

Women have more estrogen receptor sites than men (which isn’t going to change). This makes them more at risk for autoimmune conditions. Exposures to chemicals are going to block many of those sites where estrogen is required. Therefore, the body produces antibodies to kill off the chemicals that damage the site. The collateral damage brings about autoimmunity. So, what’s a woman to do?

The solution is the same for both men and women. To reduce your risk of autoimmunity, reduce the number of chemicals you are exposed to.

Early exposure to BPA compromises the health of a baby’s brain development. A recent study reported BPA may suppress genes necessary in the early development of their nervous system, setting them up for neurodevelopmental disorders.Because of these concerns, BPA is no longer used in making baby bottles, but it can still be found in many of the toys children play with and stick in their mouths.

The single word “fragrance” can hide a multitude of dangerous toxins. Unfortunately, the majority of personal care products out there that people use daily contain phthalates. Women tend to use more personal care products that contain phthalates. Levels are highest in women and children between 6 and 11 years old. Research indicates that higher levels of phthalate exposure to young children increases their risk of allergies.

Do you like that new car smell? Try not to breathe it in. It’s the off gassing, and it is loaded with endocrine disruptors. You can also get this same off-gassing from fire retardants used in furniture and carpeting. Due to the health concerns over these fire retardants, some have been discontinued; however, they do not break down easily. Off-gassing happens slowly over years.

The top three foods that expose you to higher levels of arsenic are common: rice, factory-farmed meats, and vegetables with high sulfur content like brussels sprouts. Rice soaks up arsenic and is grown in flood areas that often contain arsenic. You can minimize this risk by choosing organic rice, but there is no guarantee it’s free of it. Factory-farmed meats contain more chemicals, including arsenic, from the feed. The animals are what they eat, so choose wisely. Lastly, Brussels sprouts seem to attract arsenic through inorganic soil. It is the sulfur that appears to draw it in. Long term consumption of arsenic has been linked to an increased risk of cancer, as well as increased autoimmune markers.

Mercury can be found in the silver fillings used to treat dental cavities, fluorescent light bulbs, and the silver-tipped thermometers with the red line that rises or falls with the temperature. Seafood has always been a great source of Omega-3. However, growing concerns over high levels of methylmercury found in seafood has led to lowering the recommendation to consuming fish only twice a week to minimize risk of mercury toxicity. The general rule of thumb is that wild-caught fish are considered generally the healthier choice; however, larger species of fish like swordfish tend to contain more mercury due to accumulation. Consider taking an Omega-3 supplement to ensure you are getting enough of your daily recommended amount. Pregnant women should avoid eating seafood due to the deleterious effects it can have on fetal development.

Perfluorinated compounds (PFCs) – This category of xenoestrogens has been associated with a higher risk of cancer and a higher risk of miscarriages. PFCs refer to a family of chemicals, not an isolated element or molecule. You find PFCs in items that resist staining or sticking, like teflon pans or stain-resistant textiles, including stain-resistant carpeting and clothing.

Where are you on the spectrum of autoimmunity?

The best way to know where you stand is to get tested. I recommend the blood test Cyrex Array 11. It identifies the loss of immune tolerance associated with xenobiotic exposure, which may lead to autoimmune reactivity. “Xeno” means stranger and “biotic” means life. Xenobiotics are those chemicals that are foreign to your system. The Cyrex Array 11 will show whether you have elevated antibodies to a number of chemicals you may be exposed to.

It can assist in setting guidelines for avoiding specific chemicals in order to reduce your risk of igniting the autoimmune process. Prevention is key. When you see elevated antibodies, you know where to put your efforts so your body doesn’t betray you.

This test is an excellent tool to help monitor the effectiveness of how good you are at eliminating these exposures, as your body reveals the reality of your situation. When you retest, you can measure if your efforts are working.

If you have increased chemical sensitivities or intolerance to chemicals, a loss of immune tolerance and/or abnormal immune function, or a family history of autoimmunity, the Cyrex Array #11 is a great tool to find out where you fall on the spectrum.

So many ill-informed physicians have told their patients who suffer with autoimmune diseases that there is nothing that they can do. I call BS on them. Doctors are not omniscient gods who know everything, and the plain fact is that many just don’t have the facts.

We’ve lived with a broken healthcare system for a while now, and studies are showing that the functional medicine addresses chronic disease significantly better. Just listen to the patients highlighted in my 9-part docuseries, Betrayal: The Autoimmune Disease Solution They’re Not Telling You. So many lived for years without a solution. Some were told the problem was all in their head. They were told there was nothing they could do … until someone else came along and showed them how.

Autoimmune conditions follow an autoimmune mechanism. You can reverse, arrest, and/or prevent autoimmunity. It starts here with educating yourself and changing the way you view disease and health.

We’re changing lives here at theDr.com website. People do not need to suffer from autoimmunity. We can greatly reduce the number of people who have autoimmune diseases. When you are ready, our Clinical Services team is waiting to help you, too.

This website uses cookies to improve your experience while you navigate through the website. Out of these cookies, the cookies that are categorized as necessary are stored on your browser as they are essential for the working of basic functionalities of the website. We also use third-party cookies that help us analyze and understand how you use this website. These cookies will be stored in your browser only with your consent. You also have the option to opt-out of these cookies. But opting out of some of these cookies may have an effect on your browsing experience.
Necessary Always Enabled
Necessary cookies are absolutely essential for the website to function properly. This category only includes cookies that ensures basic functionalities and security features of the website. These cookies do not store any personal information.
Non-necessary
Any cookies that may not be particularly necessary for the website to function and is used specifically to collect user personal data via analytics, ads, other embedded contents are termed as non-necessary cookies. It is mandatory to procure user consent prior to running these cookies on your website.
SAVE & ACCEPT