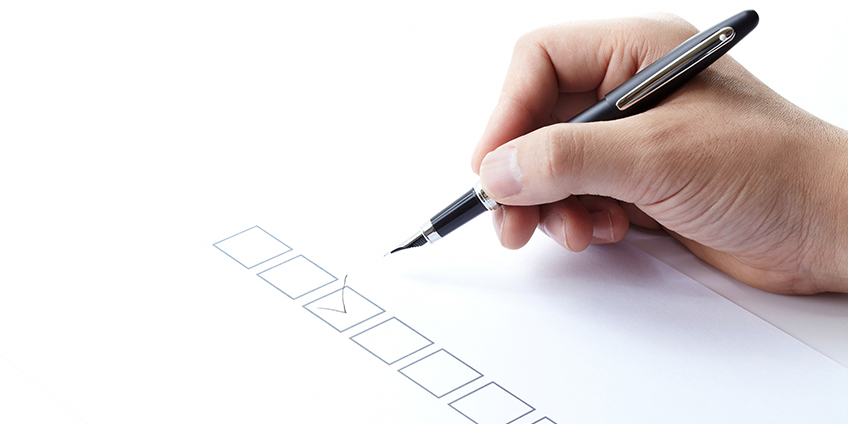 The food service industry is exploding with gluten-free options as more and more restaurants are trying to meet the needs of people with gluten-related disorders. How well are they doing? What questions should you be asking? And how do you know if your gluten-free diet is truly gluten-free or if it has suffered from cross-contamination?

What’s the Big Deal about Cross-contamination?

When you take a blood test revealing positive antibodies to any of the pieces of poorly digested wheat, you now for the rest of your life have a Memory B cell for that piece of wheat. Forever. You’ve crossed the line, and from this point on, every time you ingest (or inhale) gluten, your body will trigger an immune response.

When you’re completely gluten-free and then get exposure to wheat, general gluten is turned on and your body will begin to produce antibodies to fight wheat. This can happen after eating something seemingly harmless, like a slice of cake at a birthday party. The symptoms of gluten sensitivity may be so slight that they go completely undetected by you.

Let me repeat that. You may not feel the symptoms at the time you eat gluten. Some people immediately feel the effects, but autoimmunity can affect any part of your body. For you, gluten sensitivity may be silently having bad effects on your pancreas or your brain or your joints. Without testing, you won’t know that these antibodies are being launched within.

The chain reaction ignited by that slice of cake to begin antibody production won’t stop if you stop eating gluten the next day. Once that assembly line gets turned on, it stays on for anywhere from four to six weeks, making more and more antibodies to wheat. The antibodies that you make have a lifespan of anywhere from one to two months, sometimes more than two months. This means that within 24 hours, one exposure to wheat can cause you to have elevated antibodies for at least three months, sometimes longer – from one exposure.

How Does Gluten-free Food Become Contaminated?

If you have been diagnosed or suspect a gluten-related disorder, the number one step in treatment is avoiding exposure to gluten. This means that when you take a gluten-free bag of fries and sink it into the same oil that you used to fry breaded onion rings, those fries are now contaminated.

Cross-contamination can happen at any stage of the process in the food service industry, rendering your gluten-free foods “glutened.”

It has become increasingly easier to locate gluten-free options in the food service industry, whether that is at your nearby grocery store or local restaurants. While labels that don’t list gluten or wheat may seem safe, if the product doesn’t specifically state “gluten-free” on the label, assume it’s not.

There are strict standards in place for being able to label a product as “gluten-free.” Since gluten-free products tend to be slightly more expensive than their alternatives, it would benefit them to make the claim. If they don’t, assume there is potential cross-contamination that prevents them from making that claim.

There are also specialty stores in the food service industry that are actively seeking to meet the demands of people with special dietary needs.

Thrive Market is an online supermarket where you can filter what you see by over 70 diets and values, including gluten-free, keto, paleo, and vegan. They carry over 6,000 organic and non-GMO products, including non-toxic health and beauty products, household cleaning products, and food. They offer a membership subscription service that allows you to order in advance, and they deliver the products directly to your door.

While searching for gluten-free foods in the food industry, Thrive Market can help you make socially conscious decisions, from sustainable sourcing to fair trade practices. You can easily select the products that are healthy for you and the planet. Membership also gives you exclusive access to over 500 Thrive Market brand products.

In addition to locating gluten-free sources in grocery stores (online and within your community), there are also apps for your phone that can guide you to nearby restaurants that offer gluten-free menu options. Always be cautious about restaurants who claim to have gluten-free options because it is often hard to guarantee no cross-contamination.

While restaurants are actively seeking to capture the gluten-free clientele, this is an area that has been a source of frustration for people with gluten-related disorders. A recent study published in the American Journal of Gastroenterology proves many people’s suspicions may be justified.

The study provided 804 people with a Nima Gluten Sensor that can detect small amounts of gluten at levels <20 parts per million (ppm). The people in the study lived throughout the United States. Over a period of 18 months, they collected a total of over 5,600 samples. They looked at foods listed as gluten-free in restaurants, citing geographical differences, differences between meals, and types of restaurants. So, how bold are restaurants’ gluten-free claims?

The results were shocking. Of the 5,600+ samples, almost one-third came back as containing gluten. 27.2% of “gluten-free” breakfast items tested in the study came back as containing gluten. Dinner came in at 34%, with pizza and pasta coming in at skyrocketing numbers. Gluten-free pasta dishes in restaurants contained gluten 50.8% of the time, and gluten-free pizza served in restaurants contained detectable gluten 53.2% of the time.

The study hopes that people with gluten-related disorders like celiac disease will be able to use the information gathered in this study to help guide them in making informed decisions when eating gluten-free meals at restaurants.  The Study

What is a Nima Gluten Sensor

The Nima Gluten Sensor is a portable device that consumers can purchase to prevent accidental ingestion of gluten. It can be used at home or at a restaurant. This provides an additional safeguard in knowing before you take that bite whether or not it is safe to eat.

How does it work? It’s simple!

Voila! Now you just wait to get a clear reading. A smiley face indicates that it did not detect gluten. If you are at a restaurant and you receive an allergen symbol, however, let the waitstaff know. If you receive a No result, you had a test error. Generally this indicates that you overfilled the capsule, or it was not mixed enough.

Your heart can sink a little when you ask a waiter or waitress, “Do you have gluten-free options?” and they give you a perplexed look like, “What?!” It does not exactly instill confidence.

Hot tip from an old pro: Sometimes it is best to go straight to the manager on duty.

Gluten-free training is a top-down need at a restaurant, and the questions you ask them can better guide them in training their entire staff – from the kitchen to the waitstaff. It also helps to inform them of considerations they may never have thought of.

For instance, some well intentioned (but ill informed) restaurants will offer a substitute bun or wrap to a meal whose ingredients are not gluten-free. The consumer may assume that the sandwich is now gluten-free, not knowing the specific ingredients used; however, sometimes it is clearly not. No wrap in the world is going to change the breaded chicken sandwich smothered in soy sauce and topped with onion strings into a gluten-free meal, unless all of the ingredients are in fact devoid of gluten.

Here are some questions to guide you when ordering gluten-free foods at a restaurant.

Additional Support to Safeguard You Against Hidden Gluten

There is a window of opportunity before the antibodies get triggered. It is within 60 – 90 minutes after you begin eating. This is how long it takes for the gluten to reach the duodenum. As your food exits the stomach, the first section of the small intestines is called your duodenum. It is here that if the gluten remains undigested, and you have already had a loss of oral tolerance, and are now creating antibodies that your body triggers the autoimmune response.

Humans do not have the necessary enzyme needed to fully break down the proteins found in wheat, specifically gliadin and glutenin. This is the gluten that so many people identify as a trigger for their autoimmune conditions. As it reaches that duodenum in the partially digested state, people with gluten intolerance are affected.

I had known about this problem for a while, and I was excited when I finally had a formulation that addressed this issue – E3 Advanced Plus. This product is shown to produce 99% digestion of all 8 major antigens (wheat, dairy, soy, egg, nuts, fish, hemp, pea) within 90 minutes.

The enzymes, prebiotics, and probiotics in E3 Advanced Plus break down the gluten proteins into small di, tri, and free form peptides before they reach that critical point of the small intestines. By the time they reach here, they are in an immunologically unrecognizable state – preventing the activation of the autoimmune response.

We also recently added an alternative called WheatRescue. WheatRescue uses a combination of probiotic spores and yeast to support intestinal barrier function and help restore diversity in your microbiome. It also is designed to break down gluten proteins within the 60 to 90 minute timeframe.

Gluten-free Has Improved in Food Service

Finding gluten-free options within the food service industry is easier and has greatly improved over the past decade with education and increasing consumer demand. Supports are more widely available to help people with gluten-related disorders follow the recommended and necessary treatment of a strict gluten-free diet.

By using some of those tools, it positions you to both prevent further damage and potentially improve your intestinal health.